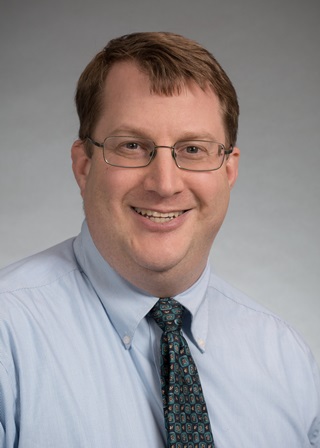 A prospective cohort study on older adults from Seattle. Dr. Crane began working on the Adult Changes in Thought (ACT) Study as a fellow and now serves as part of the Multiple Principle Investigator leadership group. ACT is a prospective cohort study of older adults drawn from what used to be Group Health and now is Kaiser Permanente. The study was developed by Dr. Eric Larson and colleagues. The original cohort of 2,581 people were enrolled in 1994–1996. Dozens of people from the original cohort are still alive and still enrolled in the study. A second enrollment wave took place in 2000–2003, and current continuous enrollment began in 2005. The study is approaching 6,000 total enrollments.

ACT itself collects data directly from participants and identifies new cases of dementia and Alzheimer’s disease. This linkage with data generated in clinical care has enabled researchers to make critical contributions in pharmacoepidemiology, vascular health, endocrinology, and many others. In a close collaboration with Christine Mac Donald from UW Neurosurgery, Dr. Crane is identifying clinical MRI scans from the ACT cohort and bringing them into a research pipeline, transforming dust-collecting data into research goldmines.  This collaboration produced a paper in the New England Journal of Medicine in which hierarchical Bayesian approaches were used to combine glucose and HbA1c measures to obtain a smoothed estimate of average glucose over time and then found that was associated with dementia risk. ACT has several important ancillary studies.

ACT also asks participants to consider autopsy, and 25–30% of the cohort has agreed to this.  The knowledge gained from these procedures has led to close collaborations with Dr. Ed Lein and his team from the Allen Brain Institute. Initially, that focused on bulk RNA-Seq data from four regions focused on traumatic brain injury. Now, this is a larger project led by Dr. Lein and UW’s Dr. CD Keene, the team is using individual cell approaches to characterize people who died with Alzheimer’s disease and controls. This is the SEA-AD Initiative.

ACT has collected data on traumatic brain injury (TBI), which has proven to be useful for important collaborations and papers. Dr. Crane has worked closely with Dr. Kristen Dams-O’Connor from Mt. Sinai Medical Center in New York for many years. She has collaborated with UW and other institutions to lead studies focused on long-term effects of TBI. Using data from ACT and two other large studies, this collaboration showed no association between TBI and Alzheimer’s pathology, but did show associations between TBI and Lewy body pathology, Parkinson’s disease, and parkinsonism.

The current (as of 2022) funding for ACT has enabled the research team to dedicate specific resources for each “Core” aspect of the study. In addition to the Administrative Core, there is the Clinical Core led by Drs. Crane, Rita Mangione-Smith from Kaiser Permanente Washington Health Research Institute, and Wayne McCormick from UW Geriatrics that collects data directly from ACT participants; the Neuropathology Core led by Dr. CD Keene; the Neuroimaging Core led by Dr. Christine Mac Donald; the Data and Analysis Core led by Dr. Jennifer Nelson and Mr. Rod Walker from Kaiser Permanente Washington Health Research Institute; and the Life Course Core led by Drs. Sarah Tom at Columbia University and Andrea La Croix at UC – San Diego. The Life Course Core pulls in extensive data from many resources such as the US Census, neighborhood information linked to addresses, socio-economic status data, pregnancy outcomes and other women’s health data, and many others. These data can then be paired with all of the other data resources from the ACT study, enabling creative and unique investigations impossible in other settings.

Dr. Crane leads the ACT project and additional genetic and imaging work on cognitively defined subgroups of Alzheimer’s dementia. This research pursues the notion that “Alzheimer’s dementia” may not be a single entity but rather represent a group of biologically distinct conditions that have similarities with each other. If correct, this leads to the possibility of identifying subgroup-specific therapeutic strategies. This personalized medicine strategy has proven to be particularly beneficial in many other conditions such as breast cancer, where it would be malpractice to treat all breast cancers the same without subdividing. Several labs around the world are pursuing various approaches to subdivide Alzheimer’s dementia. Dr. Crane’s group focuses on one particular approach, based on relative performance across cognitive domains at the time of Alzheimer’s diagnosis. Dr. Crane leads a grant-funded project called ADNI Psychometrics, for which colleagues from multiple institutions leverage the tremendous data resource of the Alzheimer’s Disease Neuroimaging Initiative (ADNI). One of the Aims of this grant is to determine imaging correlates of cognitively defined AD subgroups.